New Item this week: INSTRUMENTS – The End of Light By Heat CD

INSTRUMENTS is the band of dedicated life-long musicians J. LaPointe, Jon Hutt, and Daniel MacDonald. Though they operate largely without agenda or aspiration, over the course of more than two decades their work both together and individually has quietly influenced and inspired a generation of musicians in their home of Halifax, NS and beyond.

INSTRUMENTS cannot be described in simple terms. Their sound is at once organic and robotic, combining influences as diverse as metal, post rock, electronic noise, science fiction, and the traditional folklore of their native rural Nova Scotia – all providing a basis for the ongoing collaboration and brotherhood of principal writers LaPointe and Hutt, a creative bond now lasting well over twenty years.

“The End of Light By Heat” is a powerful monument to the enduring strength of this union, capturing an expansive sound only hinted at on prior albums, and more representative of the scale and sheer volume of their live show. “Black Cloud” sets the tone with its chanted statement of purpose, and “Send Resend” uses repetitive bass and drums to paint a cloudless night sky as a backdrop for soaring guitar and vocals. “Long Days” is a convincing adaptation of a song by Canadian post punk standard bearers Nomeansno, while “Clock” and “Mum and Dad” both ascend from simple verses to epic conclusions.

Equally dark and uplifting, the seven songs on “The End of Light By Heat” play as an expertly crafted narrative that transcends genres and expectations, making it clear that INSTRUMENTS follow no path but their own. 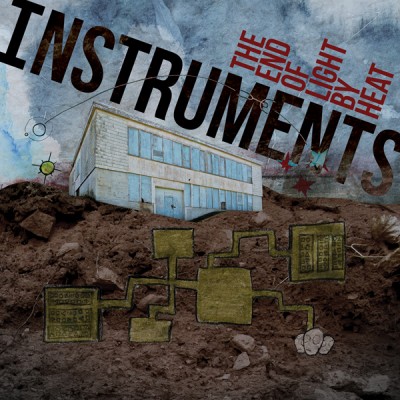 Some other release from INSTRUMENTS