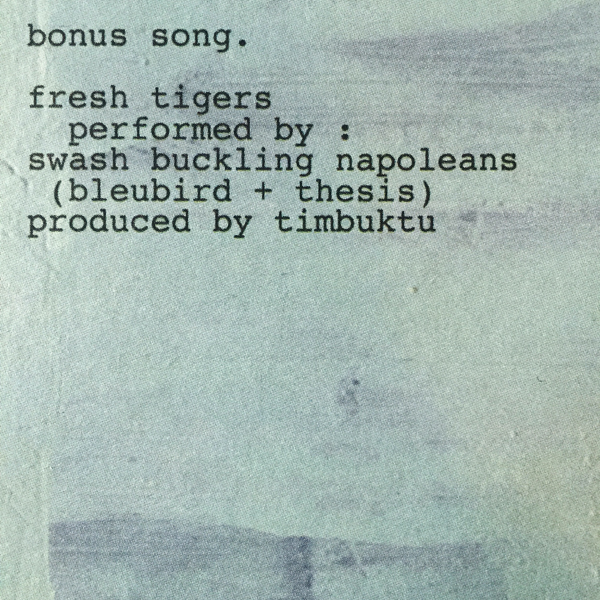 Fresh Tigers appeared as a bonus song on the Vinyl version of bleubird’s debut album “Sloppy Doctor” co-released by German Label, Vinyl Kingz, and has never been available in digital formats. Fresh Tigers features Thesis Sahib and is one of the first song the two MC’s recorded together as Les Swashbuckling Napoleans and is produced by Toolshed’s Timbuktu. This digital file has been recorded from the vinyl. Select the format you prefer and download for free. Enjoy!