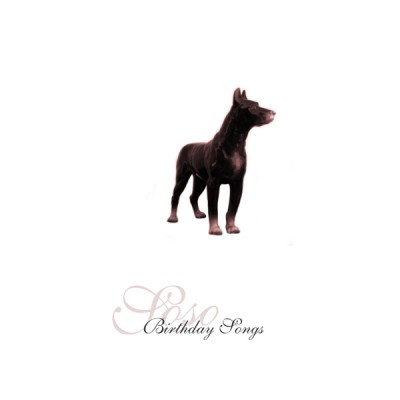 In 2002, soso released this collection of well crafted songs, marking his progression as both a lyricist and beat smith. Characterized by beautiful, haunting beats and poignant lyrics, Birthday Songs asserted itself as one the finest productions of the year.

soso has teamed up with Hue Records to release a revamped version of Birthday Songs for Japanese release! Featuring two additional songs, re-worked vocals and new artwork. – Taken from the press release

Listen
The First Of A Thousand Goodbyes

Track List
1. The First Of A Thousand Goodbyes | 2. Waiting For The Harmonica To Drop | 3. It Goes | 4. For Ruby | 5. Anger In The Land | 6. Pretty Mound Of Dirt | 7. Dyke Look | 8. Birthday Song | 9. Hand To The Plow | 10. We Always Thought She’d Be The First To Go
Album Credits
Vocals and Lyrics: soso
Producer and mixed: soso
Mastered: Khela
More Releases
soso & Dj Kutdown – All They Found Was Water at The Bottom of the Sea
soso – Tinfoil on the Windows
soso – Tenth Street and Clarence