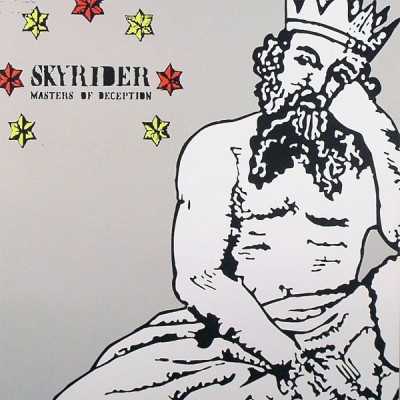 First recorded by the alt-pop band Black Janet in the late 1980s, “Masters of Deception” was a critical observation of America during the Reagan era. Recognizing that the song’s lyrics were just a relevant in today’s era, hip hop genre buster SKYRIDER recorded an updated version featuring Jim Wurster on vocals and guitar. B-side features an ODD NOSDAM remix of the track “No Good” from the full length 47:34. Hip hop, folk, electronic — you get it all here.

“This is the kind of genre-defying release we love.” – Erasoul