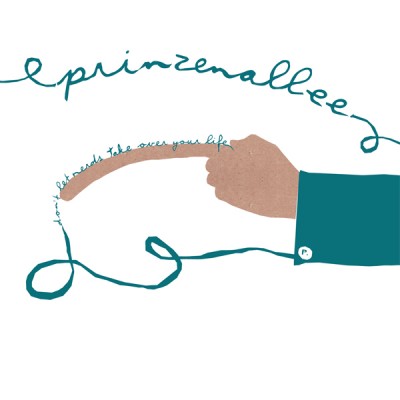 Named after the street where they lived and recorded, Prinzenallee are bleubird (vocals/noise) and Jayrope (music). This project was born out of their mutual disdain for music they do not hear on the radio. They exist within their own West German Turkish ghetto Utopia and that is cooler than cool. Their 10-track debut release is a two man show and features contributions from two amazing women, Irina Artamonova and Emel Mathlouthi. – taken from press release