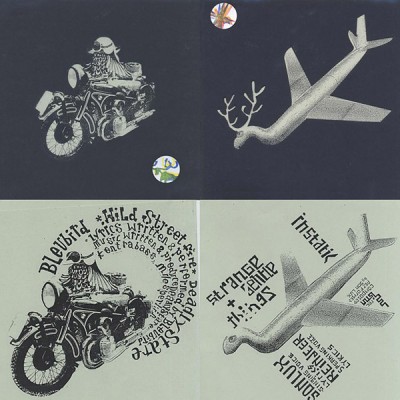 “…the A-Side of the single on which Son Lux’s staggering production and soaring vocals meet with the arhythmic lyrical stylings of Reindeer. The two forces combine to create a track that transcends their individual sounds to create something both uplifting and forlorn.”

“…the B-Side sees Bleubird at his acerbic best over some stunning Deadly Stare production. This post-modern opus is also a relentless banger; a challenging headphone piece and a guaranteed centrepiece sounding from any quality alt-rap club’s PA…to head-banging effect.”