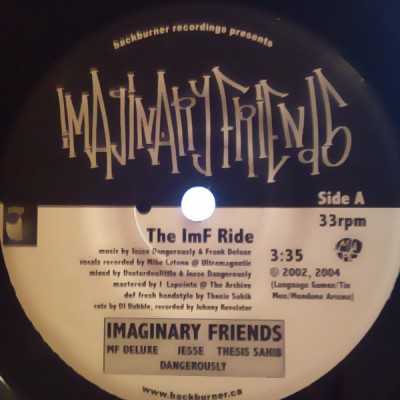 Thesis Sahib, Jesse Dangerously & MC Frank Deluxe of the Backburner crew formed Imaginary Friends while in Halifax together. They made two songs and pressed them on 7″ vinyl. 500 copies were made.