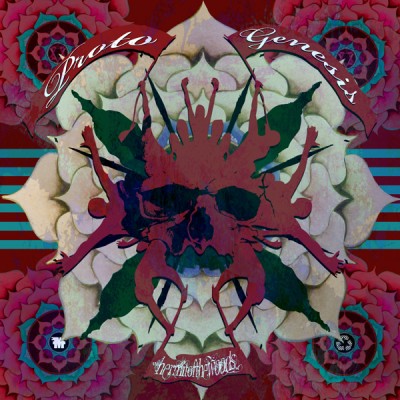 In 2010, Hermit started thinking about a new project. Rather than focusing on sample-based hip hop, he plugged in his instruments and loaded up the software. A pile of tracks came from it or rather, musical ideas and he wasn’t sure what to do with them. Enter Scott Da Ros. Hermit and Scott arrived at the idea that Scott could mix/remix/deconstruct/rebuilt from the foundations that were already laid down. Two years later, they were sitting on a project called Land Of The Lotus Eaters. This new collection, Protogenesis, is actually an old collection: the original Lotus Eater demo recordings and musical sketches. As Hermit and Scott moved through the process of making the record, these original ideas evolved, grew new parts, got shinier, got grittier… In some cases the final versions were nothing like the original ideas. Intensely collaborative and far removed from Hermit’s usual process in a way that was both challenging and rewarding. These recordings were the beginning of it all, and deserve to be shared as a companion piece to the album itself.