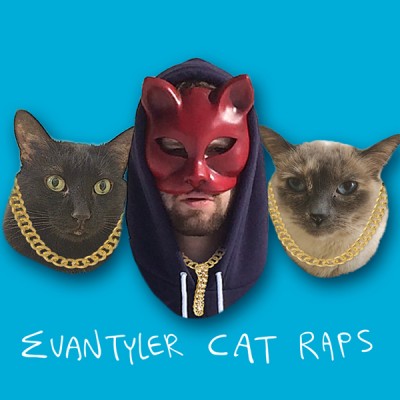 “CAT RAPS” is the debut album by art-hop rapper EVAN TYLER. The album thematically looks at cats as symbolic creatures that represent the timeless arts of ‘cold lampin’ and ‘field trippin’. Whether EVAN’s purring happily in the sunlight or taking loft in the shade ready to pounce at his own shadow, “CAT RAPS” provides the listener with a blend of psychedelic lyrical quests and a plethora of contemporary art-hop sounds. – Taken from press release