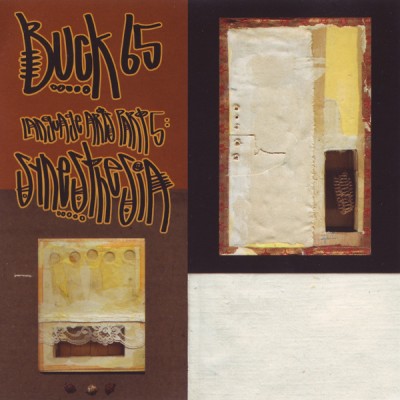 Buck65’s original version of Synesthesia was released in 2001 before he signed with Warner Music. Artwork by Thesis Sahib. He later re-issued the album with new artwork and different songs.