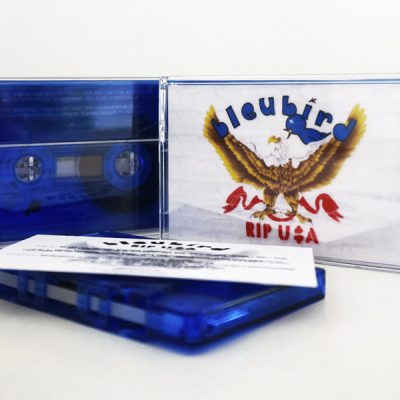 The Birdfleu gets into your system and you can’t shake it right away. When it hits you, you hesitate – aware that something has changed, that something is different. Bleubird is the kind of rapper who makes you hesitate. You check your bearings and confirm to yourself that you are hearing what you think you are hearing. It’s not long before you realize that your instincts are correct and this is something different entirely. The Birdfleu enters the system in a James Joycean stream-of-consciousness and pulls you forward as it progresses over production by Alias, Sole & Skyrider, INSTRUMENTS, Scott Da Ros, shortfaced bear, and more. R.I.P. U.S.A.By End Shoppe