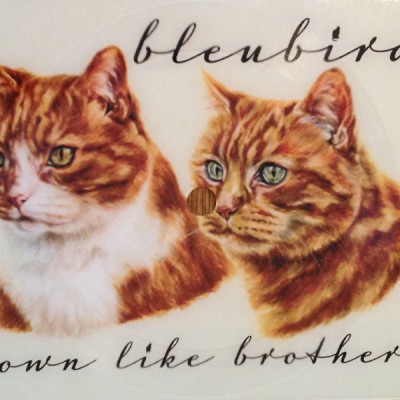 Second release from new Austrian label specializing in pressing one sided vinyl postcards! Only 200 copies made wordlwide!
Bleubird mixed with Astronautalis could be viewed as a little bit of heaven and then throw a bunch of Radical Face in the mix and you have a special kinda gem. To top it all off the artworks it 2 little kitties who are obviously best buds.
By End Shoppe