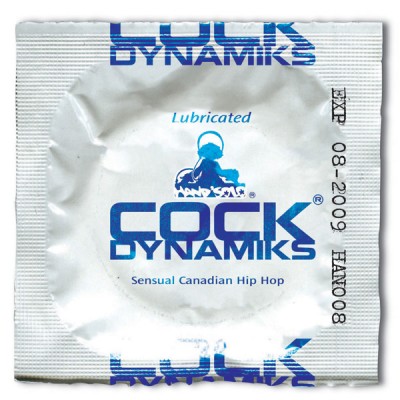 Cock Dynamiks is a compilation of sensual Canadian hip hop from many of the best in Canadian hip hop. Originally conceived by “Casa-Nova Scotians” Buck 65 and Moves back in 1997, and early the next year Hand’Solo Records released their cross-Canada compilation as a cassette-only release limited to 200 copies. With 2005 as the Year of the Cock in the Chinese calendar, it seems only appropriate to make this classic rarity available again. Hand’Solo Records has remastered the compilation’s original 14 tracks, added new artwork, and finally gives Cock Dynamiks the CD release it always deserved.